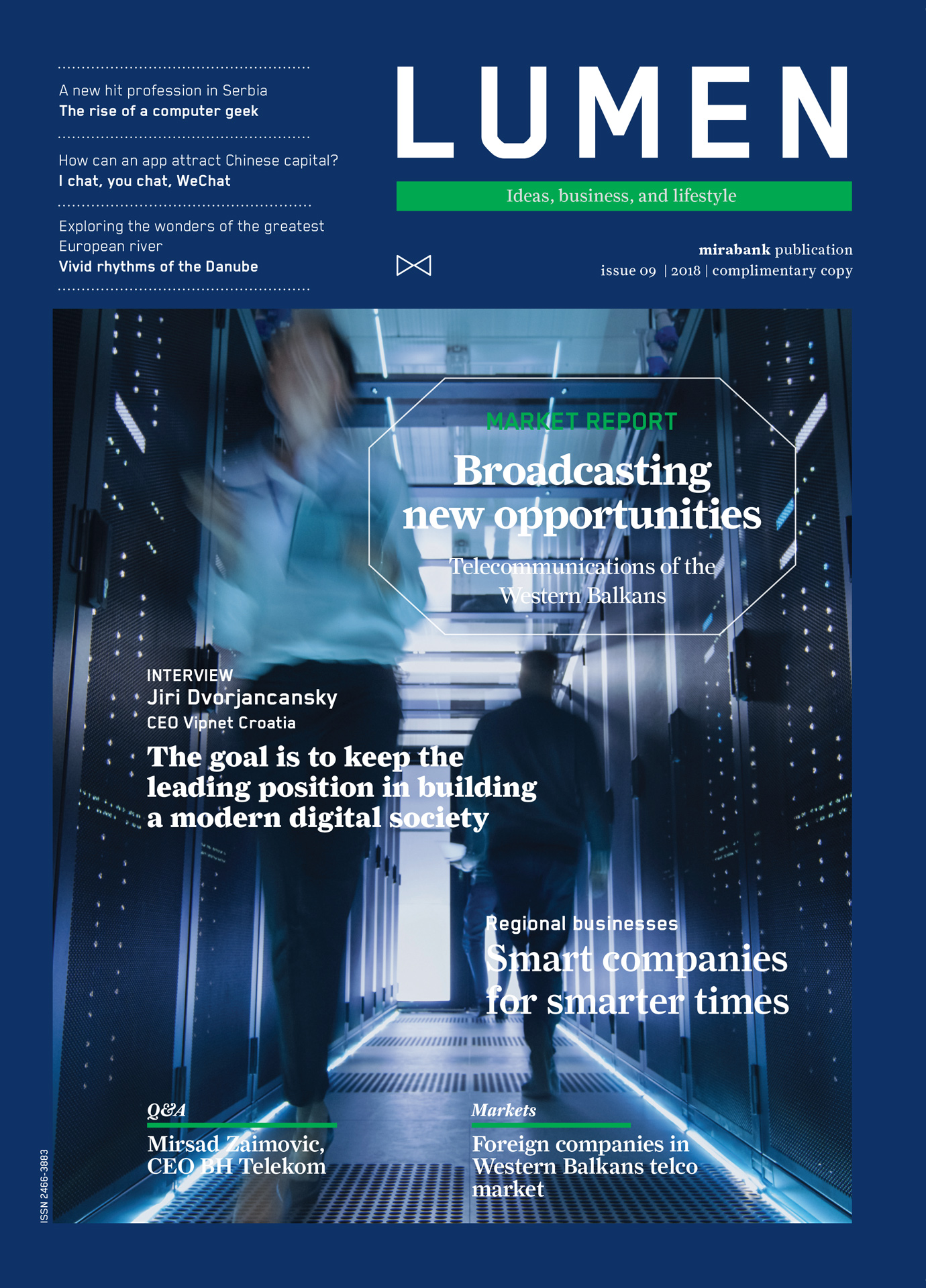 We all have complicated love-hate relationships with our mobile phones, tablets, and smart watches. But as in every marriage, after years of growing up together and developing ourselves, we have a notion that we truly became one and are just not ready to let go of our togetherness.

The relationship has gone so far that we became subjected to a brand-new fear—NOMO (NO MObile)— that describes a sense of terror and helplessness we feel when we suddenly realize we are left all alone, thrown out of the connected world as the battery of our gadget runs dry.

That is why communications technologies are the fastest growing industry in the world. Western Balkans countries are not an exception; last year, exports of information and communications services from Serbia increased by an impressive 21.5 percent over 2016. However, young entrepreneurs tell us they still have issues that need to be solved—the legal system is not able to keep up with the pace at which their industry is growing, and the state is not willing to help them.

The largest foreign investments in the region come from the telco sector. The Balkans is a large market, and telecommunications revenues exceed several billion euros per year. Experts in the field predict that the market in the Western Balkans will be a very lively place in the near future due primarily to expected large investments in the development of optical networks.

Jiri Dvorjancansky, CEO of Vipnet Croatia, gives us an insight into the way the company became one of the largest in the region as well as the obstacles it faces: “If Croatia opts not to build intercity fibre optics, two-thirds of households could lose their fast internet,” he says.

As Vipnet is working on developing a 5G network in Croatia, state-owned companies in Bosnia and Herzegovina are struggling to implement 4G. Mirsad Zaimovic, CEO of BH Telekom, points out that since the economic crisis in 2008, telecom operators have recorded a steady decline in revenues. “These trends are also present in Bosnia and Herzegovina with a time lag of two or three years. This delay is a result of the general business environment in the region, so we still expect a lot of pressure on our business,” says Zaimovic.

Lumen’s Sector Report is a comprehensive analysis of the telecommunications market in the Western Balkans. It also shows a glimpse of the sector’s future—the development of virtual operators as their market shares in other countries have reached as much as 20 percent after only a couple of years on the market.

That future might also be in small businesses that are emerging from the sense of creativity and needs of younger generations. Lumen presents Hangar18, a Croatian company that started from a service for fixing mobile phones, moved on to making its own phones, and won the Best Buy Smartphone Award at the IFA fair in Berlin last year. Its product is already conquering markets beyond the Balkans as its goal is to appeal to new generations by offering top-quality devices with some of the functions of the A brands but at prices that are two to three times lower. After all, the power of telecommunications lies in the fact that world’s largest companies started the same way and with the same goal.