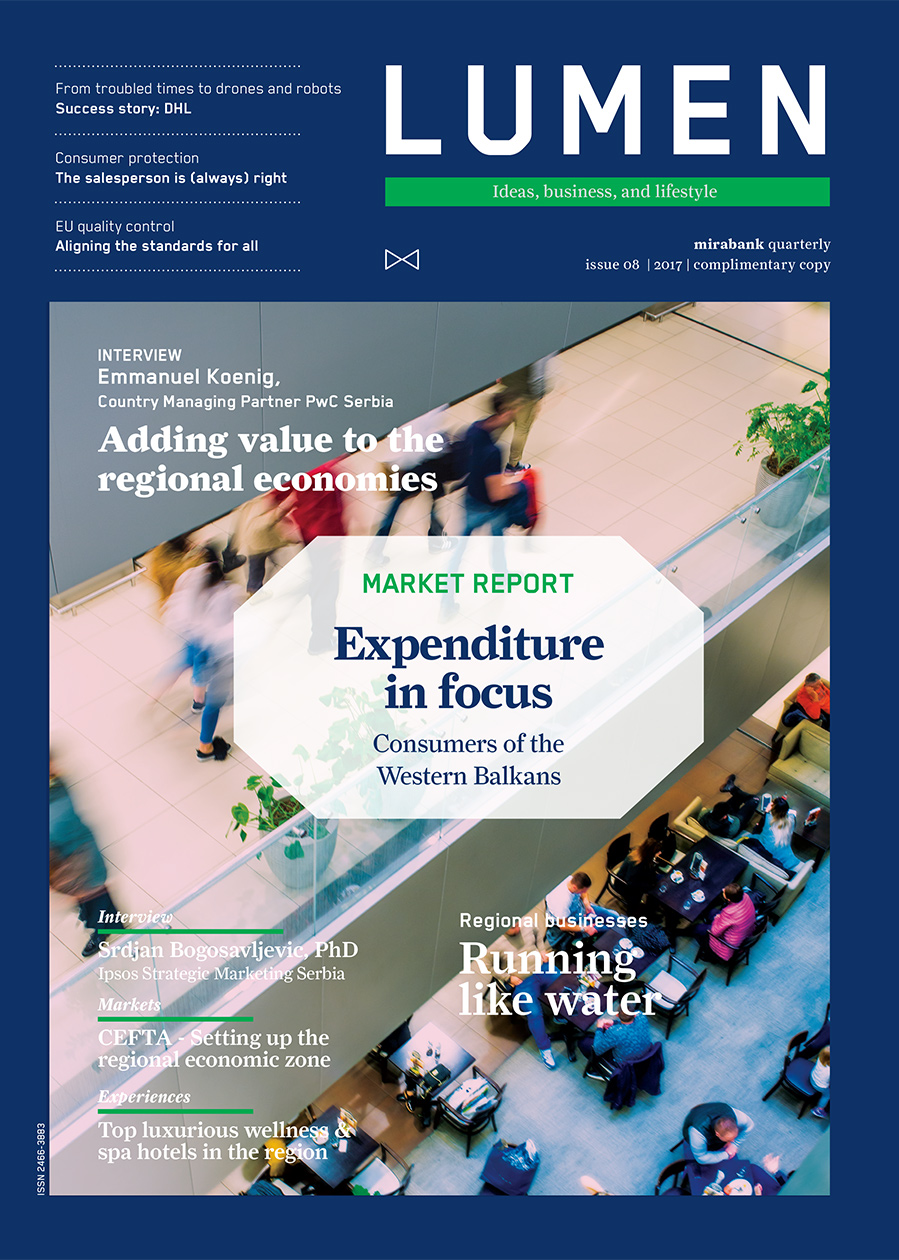 Similar languages, cultures and mentalities of Western Balkans nations make a unique mixture that for a while existed as one of the most interesting countries of the twentieth century – SFRY. Its breakdown led to downfall of a large economy that not only sustained twenty million consumers and spread in both to the markets in the West and the East, but also had long lasting partnerships amongst the developing countries of Africa and Asia. Today, Slovenia and Croatia are full members of the European Union, while Serbia, Bosnia and Herzegovina, Montenegro and Macedonia are still in different stages of accession to the Union.

Then came the idea that might change the position of the whole region – to improve the flow of goods between the countries, and therefore provide new opportunities and accelerate the growth. The countries were encouraged to form a coustoms union, similar to the one that led to creation of the EU. That way, the accession process would go much faster, and all of the countries, seen as a single market, could gain membership at the same time, hopefully sooner, than later.

The Western Balkans can be viewed as a single market, says professor Srdjan Bogosavljevic of Ipsos Strategic Marketing. He points out that consumers in the Balkans share characteristics with regard to financial solvency and age as well as the restricted choice of products present on a regular basis in the consumer basket.

In our Market Report section, we analyse similarities between the consumers behaviours of the Western Balkans and the opportunities the united market presents. We also analyse the ways those opportunities can be siezed through investments in specific sectors or development of new ones.

Emmanuel Koenig of PwC Serbia, who lives in the region for decades, shares his viewes on regional economies – how they should improve and grow, but also points out all the obstacles one can encounter in doing business in Balkans. He states that Serbia has surpassed its „CNN reputation“, to become a source of stability in the region.

Following the story from the EU on quality of products sold in different countries, Marko Petrovic finds out that in Western Balkans quality control is still in its nascent stages. His interviewees say that this is also one of the markets where lower-quality products are sold, while consumer associations do not have power to engage in challenging the status quo.

The legal framework addressing consumer protection exists in all the countries of the Western Balkans, but despite all its shortcomings, the main problem is inadequate implementation.

Crisis in the retail market, created by widening the gap between the middle and the upper class,

is one of the global topics we address. We deal with another problem customers face all around

is mined, traded, and sold by private and public entities at unprecedented rates with little transparency and even less accountability.

Not to be forgotten, this issue of Lumen marks its two years anniversary and our regional team from all of the Western Balkan countries has an opportunity to tap out a bottle of champaign

to celebrate success we achieved together. We also hope you will continue reading and