Financial elite of the region assembled in Bečići 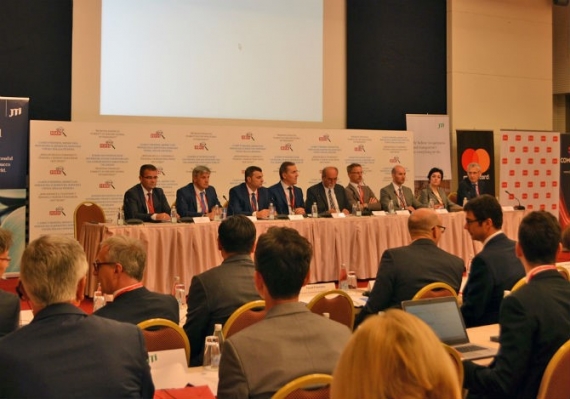 “Financial stability of the region in new global environment” was the roof topic of the traditional summit of finance ministers, national bank governors and directors of tax administrations of the countries of the region, which was held in Bečići, Montenegro, on June 15th - 17th, 2017.

The monetary policy of countries in the region, financial inclusion and banks in the region, faster economic growth with healthy finances and lower public debt, as well as tax administration reform and fight against gray economy were the topics of this year's financial elite summit in Montenegro.

The summit was attended by the President of the Mirabank Executive board Dr. Ilinca Rosetti, who participated in the opening panel of the summit along with all the governors of national banks of the region.

The governor of the host country Central bank Radoje Žugić estimated that all countries in the region were faced with new challenges, but he expressed the belief in the mutual goal of the region - stronger banking system, more financial and price stability.

As the problem of all the economies in the region, Žugić named competitiveness, liquidity and disloyal competition.

Aleksandar Vlahović, President of the Serbian Association of Economists, praised the surplus in the Serbian budget, but in order to successfully finalize its economic transition, he suggested that Serbia needed to reform and restructure the public sector, above all the public companies.